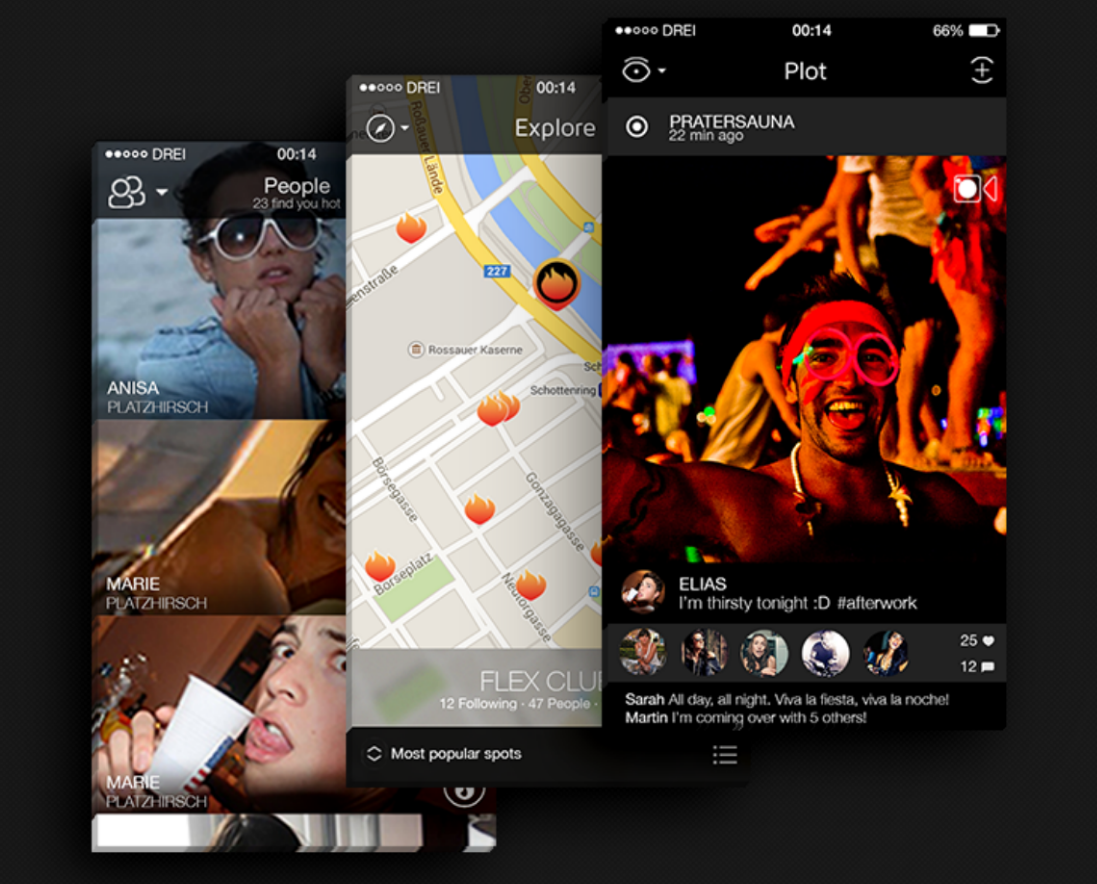 It was meant as THE guide for the nightlife, showing the current party hotspots of the city, with near-realtime pictures and videos (developed during a time when “Vine” was still popular), and even providing nice incentives for bars and clubs to participate.